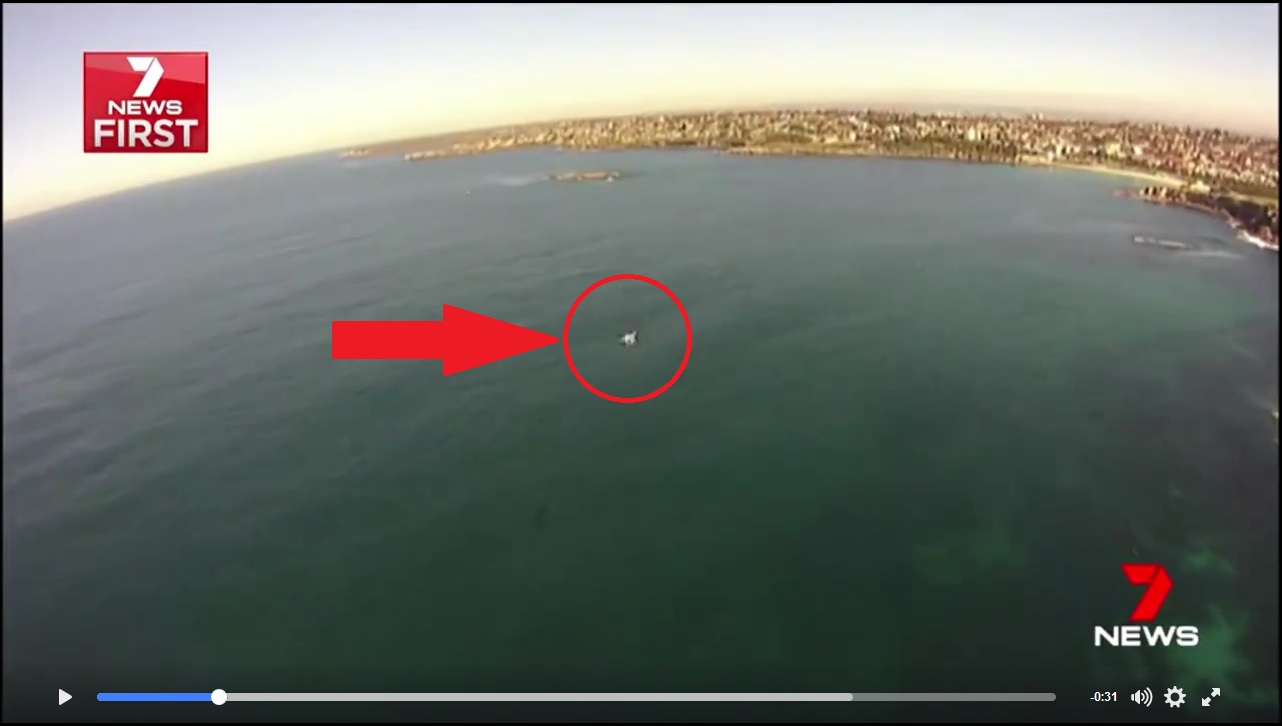 This video of a small UAS nearly missing a helicopter does an excellent job of illustrating the inherent visibility issues of integrating small UAS into the US National Airspace (NAS), and highlights the real reason common sense procedures and airspace awareness are so important. You can see from the video the helicopter pilot had only seconds to identify the UAS as being in the flight path, and no time to actually course correct. Likewise, the UAS would have had to detect the helicopter from some distance, determine its heading, and adjust for collision avoidance (assuming autonomous flight).

Galaxy Blimps safely operated unmanned airships in the NAS flying  out of the Dallas Executive Airport while coordinating with airport officials, establishing radio procedures with the tower, and utilizing standard aviation grade transponders. In our 75ft blimp demonstrations video you can clearly see manned fixed wing aircraft and helicopters flying around our unmanned airship easily avoiding collision due to the highly visible airship platform.

In this excerpt from our soon to be released white paper, The Case for Unmanned Airships, GUS talks about these very issues:

FAA AND AIRSHIPS
Fortunately, lighter-than-air (LTA) platforms, specifically unmanned airships, by the very nature of their design, are the perfect transition platform to introduce large UAS into the NAS under the newly adapted Section 333 waiver process. Per the existing FAA Code of Federal Regulations, balloons and airships already maintain a status as right-of-way vehicles over all other aircraft except gliders and vehicles under tow (CFR Title 14, Chapter I, Subchapter F, §91.113 “Right-of-way rules: Except water operations”). This means that the FAA requires nearly every other aircraft, manned or unmanned, to avoid airships as a matter of course. Due to their nature, lighter-than-air (LTA) vehicles such as balloons and airships are characteristically large, slow-moving, clearly recognizable, and less prone to sudden or unexpected movements. As such, it is reasonable that other aircraft should bear total responsibility to avoid airships and hence it is the established policy.