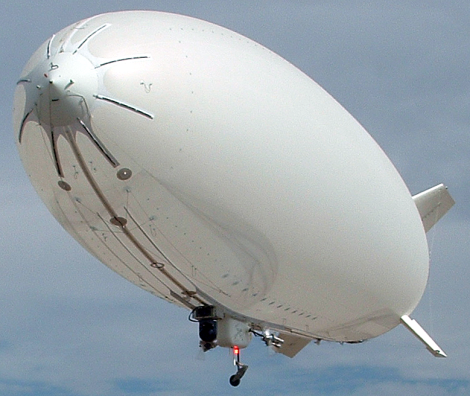 The GC-75-G2A is our production model derived from the prototype GC-60-G2A class broadcast platform. The GC-60-G2A was featured on multiple NHRA Powersports Broadcasts on ESPN flying a Cineflex V14HD Broadcast Quality Gimbal. We are conducting research and development on our next generation upgraded GC-80-E4B eVTOL LTA Orb based on the excellent record of the GC-75-G2A.

In Phoenix, AZ it made history by being the first unmanned airship to provide aerial video for a live broadcast and was eventually sponsored by GEICO Powersports!

We have been used extensively during live broadcasts, and are able to stay aloft and provide reliable footage in gusts exceeding 30+ knots. At one point during an NHRA broadcast the races had to be postponed due to the high winds. We remained on station regardless and provided coverage throughout the stormy weekend. 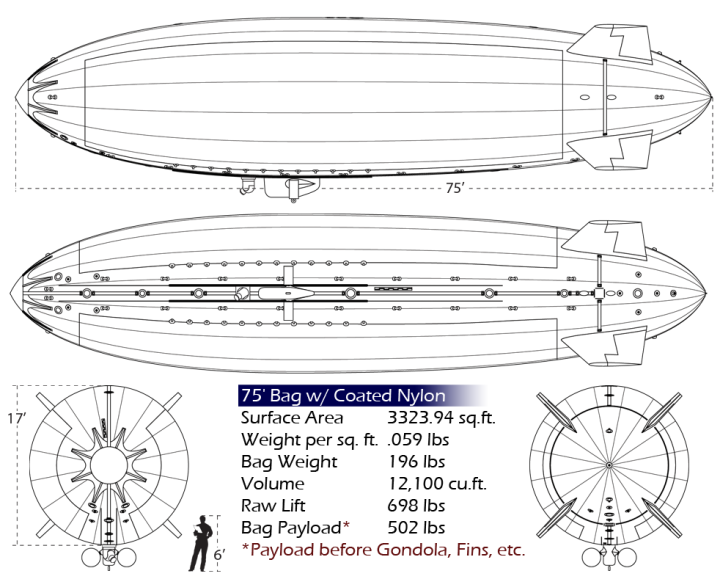 Our speedy and maneuverable airships are specifically designed as stable lifting platforms for high-value payloads such as broadcast-quality cameras, scientific instruments, and government or military ISR assets. Toward that end, their construction conforms to all FAA-mandated requirements. Also, per federal law, airships are in fact “right-of-way” vehicles, meaning all other air traffic, both piloted and unmanned, bears legal responsibility to sense and avoid them. This FAA mandate makes airships a very attractive option for unmanned operations.

We use all of the latest technologies to provide the most outstanding products possible.

Unmanned payload operations offer many advantages such as:

There are no reviews yet.

Only logged in customers who have purchased this product may leave a review.